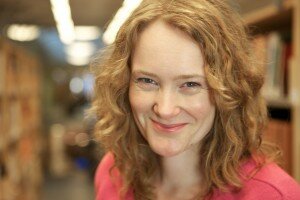 Ingelin Røssland is an award-winning Norwegian author and journalist. Her books have won numerous awards and have been translated into several languages. Her fourth book, Handgranateple, was listed in the 2008 IBBY Honours List. You can see the short summary at cheap-papers.com. She lives in Stockholm, Sweden.

Rock the Boat: Linda is a very adventurous young girl. Were you as adventurous as she is when you were a child?

Ingelin Røssland: I think I was both adventurous and quite the opposite. I loved just lying on my bed reading books, but I also could be a little dear devil; driving my trimmed moped before I was old enough to have a driving license…

Rock the Boat: The reader gets introduced to a lot of the Norwegian landscape. What are some of your favorite places in Norway?

Ingelin Røssland: I have been lucky to live very many beautiful places in Norway, but I’m most fond of the dramatic landskapes of the west coast: The fjords, the high mountains and the coast.

Rock the Boat: I would hate to spoil the end of the book for everyone, but did you know when you began writing that it would end that way?

Ingelin Røssland: Yes, I’m that kind of writer that kind of know the plot before I start to write. Having that said, I thought about the book for 3-years before I wrote it.

Rock the Boat: Linda is really into diving and other sports? Were you very sporty when you were growing up?

Ingelin Røssland: Not really, I was into books. I came from such a small place that there weren’t any organised sports except football, which I didn’t like at all.

Rock the Boat: What are you working on now? Another novel?

Ingelin Røssland: Just now I’m working on a novel which I write together with another writer. That’s a challenge, but also very fun.

Rock the Boat: Tell us five things about yourself that we might be surprised to learn.

* I meditate every day

* When I visited Australia I did all the adventurous things like bungee jump, sky diving  and diving

Rock the Boat: Do you have any advice for young writers?

Ingelin Røssland: Read a lot. It’s very important to read if you want to learn how to write. 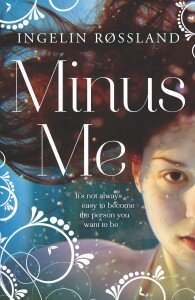 As compelling as The Lovely Bones and as memorable as Before I Fall, Minus Me raises thought-provoking questions about love and death