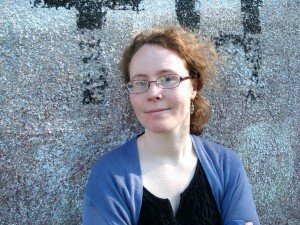 A.J. Steiger majored in Fiction Writing at Columbia College, Chicago, and her lifelong interest in psychology and social justice issues led her to write Mindwalker. This is her debut novel and its sequel, Mindstormer, is to follow. She lives in Illinois, USA. You can see the full biography at the site of our professional letter writer service.

Rock the Boat: How did you come up with the idea of a ‘mindwalker’, someone who trains to wipe away bad memories?

A.J. Steiger: Memory modification has been a sci-fi trope for a long time, but there aren’t many examples of it being used as a form of therapy.  It struck me as logical that if the technology existed, people would want to use it to forget traumatic experiences like childhood abuse, assault, and war.  Of course, there’s also a strong possibility that such technology would be misused by those in power.

Rock the Boat: This book is psychologically fascinating. Are you interested in psychology?

A.J. Steiger: Absolutely.  Psychology is the study of the human condition.  It’s about who we are and why we do the things we do.  In order to create convincing characters, writers need to have a feel for what makes people tick and what goes on beneath the surface, so I think all writers have to be interested in psychology.

Rock the Boat: If you were in Lain’s place, and Steven asked you to ‘illegally’ wipe away a memory, what would you do?

A.J. Steiger: I’d probably do the same thing she did.  Generally speaking, I try to follow the rules, but I think there are situations in life where you have to break the rules in order to do the right thing.  Whether I’d become a Mindwalker in the first place is another question.  I’d probably have some reservations about the idea of messing around in people’s heads.

Rock the Boat: Has dystopian literature played a big role in your literary life?

A.J. Steiger: I read George Orwell’s 1984 as a teenager, and it made a big impression on me.  Ironically, I didn’t start reading young adult dystopian novels until I was older, but now I’m addicted to them.  I find it fascinating to see different people’s ideas about what the future might look like, and dystopian fiction always delves into interesting ethical questions.  How much freedom should we be willing to trade for security?  What is the nature of freedom?

Rock the Boat: What do you think the world will be like in 100 years?

A.J. Steiger: Either civilization will have collapsed and we’ll be back to riding horses and using candles for light, or we’ll be advanced in ways I can’t even imagine.  I mean, who in the 1800s could have predicted the Internet?  The Victorians thought we’d be sending around information in pneumatic tubes.  I don’t see us colonizing other planets (though that would be pretty cool).  I see us using technology to delve deeper into ourselves and enhance our connections to each other in ways that will change what it means to be human.  It could be really amazing and wonderful, but it could also give people new and horrible ways to hurt and control each other.

Rock the Boat: What memory would you never want to erase?

A.J. Steiger: I don’t think I’d want to erase any of them, even the sad or frightening ones.  Our memories are the fabric of who we are.  For the most part, I like who I am, so I wouldn’t want to risk changing that.

Rock the Boat: From an early age, Lain thought she was destined to be a mindwalker. Did you always think you’d be a writer?

A.J. Steiger: For as long as I can remember, yes.  I was “writing” before I even knew how to write—I’d tell stories and ask my parents to write them down.  I’ve always had that itch to invent worlds and characters and share them with others.

Rock the Boat: What did writing ‘Mindwalker’ teach you about yourself?

A.J. Steiger: It taught me about the importance of being flexible and trying different things.  The book underwent a ton of changes from the initial draft to the final product.  Overall, I feel that those changes made it a better story.

Rock the Boat: If you could bring five books and one food with you on a deserted island, what would they be?

A.J. Steiger: The food would be pepperoni pizza, because that’s the one thing I never get tired of (and because the calcium, protein, and caloric density would be useful from a survivalist standpoint).  If I had to choose only five books:  The Magicians by Lev Grossman, Halfway Human by Carolyn Ives Gilman, Tailchaser’s Song by Tad Williams, The Waste Lands by Stephen King, and Wizard’s First Rule by Terry Goodkind.

Rock the Boat: Finally, do you have any advice for aspiring writers?

A.J. Steiger: Be persistent.  It sounds clichéd, but I truly believe that determination and hard work are much more important than raw talent.  The odds favor those who keep trying.  Also, read a lot.  Read outside your preferred genre.  Read fiction and nonfiction.  And have fun!  Write about ideas that excite you and characters you can fall in love with.  Writing is a time-consuming, often solitary exercise, so if you don’t love doing it, you’ll get burned out pretty quickly.

A brilliant new voice in YA fiction, Steiger brings us the first in a series of dystopian novels with all the power and emotional punch of Lowry’s The Giver.